Covenant of the Cosmos - How to order and download:

So what will you receive?

Well here is a wee preview and it truly is value for money: 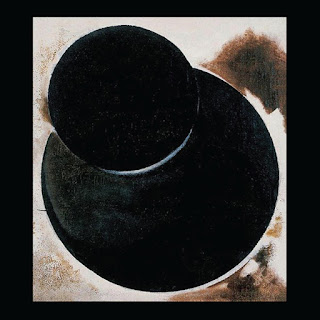 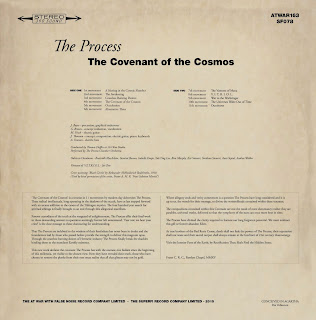 Some cracking reviews of the new album:

"If you don’t feel up to sifting through the dense array of imagery, you can merely get down to some legit ragers by one of the UK’s more inventive 21st century hardcore bands."
(The Quietus - read more)

Order your vinyl copy of The Covenant of the Cosmos here and within the purse, fashioned from the workings of Hermetic industry, each sabot is enveloped in traditional Egyptian papyrus alchemically galvanised with fine parchment and vellum (originally from a Rosicrucian treatise nailed upon the doorway of Tübingen University in the 17th Century).  The papyrus has been hand illuminated by Fraters J.T. and J.B. with an meritorious rendering of ‘Black Circles’ by esteemed Frater A.M.R. and a benevolent beviloquent of the movements found within the aural artistry by Frater C.R.C. To augment the amalgamation each movement has been further embellished with libretto and symbolism within a most secretive scriptorium.

Creation has almost been finalised. The brotherhood has wept. We are almost there.

And so the Processian brothers humbly submit their definitive epistle, an end to clamour and a route to sustenation for those eager to transcend the lumpen, meagre fetters of Earthly existence.

Pax Vobiscum, brethren of the Golden Stone, your journey nears conclusion.
Rosicrucian fraternity, knowers of veracity, seekers of perfection.
Occultus mastery, ancient cognition, draw up and rubricate the
Covenant of the Cosmos, the Hermetic binding, for we are all stars
Entwined in the waltz of the Universe, now beating in time, restored.
Sol Invictus! As above, so below, the endlessly victorious fire of Surya, the burning eyes,
Saturnalia, let the bounties of the Earth be plentiful to those who listen to this treatise.

2016 will mark the release of a new album entitled, 'The Covenant of the Cosmos'. Due to certain issues with the test pressing of the record, we wait in the shadows until the time is entirely appropriate. The Process still know that the four hundred year search for spiritual siblings will finally be brought to an end through this allegorical manifesto, so another few months will not make any difference...
The album will mark a significant and conclusive change in musicality. It's final delivery is absolutely vital in order that the symphony of the stars will once more be able to beat in time...
The album will be released by At War with False Noise and Superfi Records initially on vinyl with the possibility of CD release further down the line. Distribution by Cargo.

Covenant of the Cosmos will feature 12 tracks.

The album was recorded and produced by fellow Processian Tommy Duffin throughout 2014/2015 at his 16Ohm studio in Glasgow.

The album was mastered by James Plockton

The artwork was superbly created by our drumming genius Mr Boyce and technically assisted by our good pal Joe Tree.

More info will be available soon on pre-ordering and possible downloads etc.

In the meantime here is an excerpt of the Finch working hard during the whole process whilst Gav continues his lyrical research.

A few weeks months ago a gentleman named Eikke (from Germany) got in touch to say he would like to master an old demo track of ours. We will post up the completed version on our Bandcamp page soon but many thanks to Eikke for taking the time out to do this. He will also be writing a piece on his blogspot about the technical process of mastering and using our track as his guinea pig. Here is a link to his webpage in the meantime.
You can listen and download the track for free here: Ceaseless Burning Desires

A couple of years back The Process (and Jamie in particular) had the pleasure of playing a show at the Sidebar in Baltimore. Anoraked fans of The Wire TV show may be aware of the bar featuring in several episodes but here is a reminder - Cole's Wake
The gig itself was sparsely attended but we played with some great bands so what the hell!You can hear 'Vastness of Mana' and some of the other bands that played here